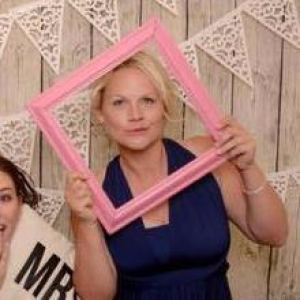 Katrina founded Beautiful Bells in 2013. She left the corporate world behind and now spends her summers wielding a lump hammer in a field. She spends her winters working in her PJ's or travelling. Lover of twinkly lights, cheese, lists, flowers and design.

I’d always said that we would never make any reference to being a supplier that was ok with LGBTQ weddings on our website. Not because we don’t fully support them, I’ve just always believed that we shouldn’t need to be flying a banner that says we do, because you simply shouldn’t need to ask. A straight couple wouldn’t think to ask if we did ‘straight weddings’ so why should anyone within the LGBTQ+ community feel they do?

So what’s changed my mind?

LGBTQ+ is an acronym for Lesbian, Gay, Bisexual, Trans, Queer or Questioning and others. It refers to people who aren’t heterosexual and cisgender. For the purposes of absolute clarity I’m going to explain those 2 terms. The descriptions below have been take from Stonewall’s glossary of terms.

CISGENDER OR CIS
Someone whose gender identity is the same as the sex they were assigned at birth.

I write this with straight privilege (and by that I mean I’m a white, heterosexual cisgender woman).

Yes it’s a thing, and the likelihood is if you’re like me you won’t have even thought about whether you have it or not.

It exists because it won’t have even crossed your mind that some arsehole might turn you away from booking their services for your wedding because they don’t agree with who you fell in love with, whether you associate with the gender you were assigned at birth or whether you face some other form of discrimination.

And sadly, there are some arseholes out there. (For the purposes of posting this on our website, and Google not being too keen on the other choice adjectives I want to use, we’ll just leave it at that).
I know these arseholes exist because I’ve been asked by couples previously if we are ok working on their wedding – because they have been turned away by another supplier.

In comes my straight privilege.

I’m trying to write this in a way that makes sense, but if it gets messy then please stay with me.
By not shouting that HELL YES you can come here without fear of judgement, discrimination or prejudice, I am neglecting the fact that you may have been treated horrendously elsewhere. Because of the actions of some other arsehole you might feel like you need to ask me.
Whether this be a fellow wedding company, or because some moronic idiot on the street shouted something hateful and unkind.

I’ve been looking at it, albeit unintentionally, through my straight privilege eyes. Because it’s not about what I think, it’s about making sure that nobody ever has to question the reception they will receive when they phone me, or my business, or speak to any member of my team to discuss their excitement and plans.

I do believe there will come a point in time where the tag LGBTQ+ won’t even need to exist, and people won’t need a label. Because it won’t matter. It shouldn’t matter.

As the old analogies say: If you cut us we all bleed / we all come into this world the same way we’ll go out.

But we’re not there yet and you’ve only got to read the comments from pathetic trolls on social media to see that the understanding of love still needs a lot of work.

Over the last few months we’ve seen the rising tide of the hashtags above – and more.

More and more suppliers are coming forward and saying actually it’s really not ok for you to be marginalised, victimised or treated any differently to anyone else. We’re all equal.

Has everyone using these hashtags suddenly changed overnight and become supporters of equality when they weren’t previously? No.
They always have been.
It’s there because the collective stories we’ve heard from clients about the hostility they’ve encounter are horrifying. And we talk.

When you spot that hashtag, it’s not there as a token gesture. It’s there to explain that no you don’t need to question if we’re ok with you living your life in the way that you have the right too and that makes you happy. And you should be able to do that without fear of judgement.

You don’t need to worry for one second that I am going to offend, belittle or make you feel like you have no right to ask, because I don’t care who you are marrying. It’s your life. Your love. And no different to mine.

Now when I say I don’t give a toss who you are marrying – I do. I really do. Because if I wasn’t here for love, and the fact that I am a hopeless romantic, then I’d be doing something with slightly more sociable hours and a better hourly rate 🙂

So today I am going to say sorry. I am sorry that I didn’t write this post a long time ago and have it slapped on my website for everyone to see.

I’m sorry that even if one couple felt they needed to ask me if I was happy to work with them on their wedding, then it was one too many.

I’m sorry that you met an arsehole. I’m sorry they exist in an industry that is all about love.

Because yes it’s ok. It’s so much more than ok. To love freely, to marry the person you love: That isn’t a privilege, it’s your god damn right.

Ps. If you’re marrying someone who votes Trump then I’m really sorry but we are fully booked that weekend.

A few months back we took part in the most amazing double rainbow wedding shoot.

The pictures and video landed in our inbox over the weekend and inspired this blog.

I wanted to share the love that was captured on the day. No it doesn’t reflect the full LGBTQ+ community, but the beauty of this shoot comes for the fact that it involves REAL couples.

It was organised by some dear friends of ours, Chantelle of Goble Photography and Georgia of Pinks Vintage ice cream – who have both personally encountered adversity and discrimination whilst planning their own wedding.

This website uses cookies to improve your experience while you navigate through the website. Out of these, the cookies that are categorized as necessary are stored on your browser as they are essential for the working of basic functionalities of the website. We also use third-party cookies that help us analyze and understand how you use this website. These cookies will be stored in your browser only with your consent. You also have the option to opt-out of these cookies. But opting out of some of these cookies may affect your browsing experience.
Necessary Always Enabled
Necessary cookies are absolutely essential for the website to function properly. This category only includes cookies that ensures basic functionalities and security features of the website. These cookies do not store any personal information.
Non-necessary
Any cookies that may not be particularly necessary for the website to function and is used specifically to collect user personal data via analytics, ads, other embedded contents are termed as non-necessary cookies. It is mandatory to procure user consent prior to running these cookies on your website.
SAVE & ACCEPT