MEET THE TEAM AT BEAUTIFUL BELLS 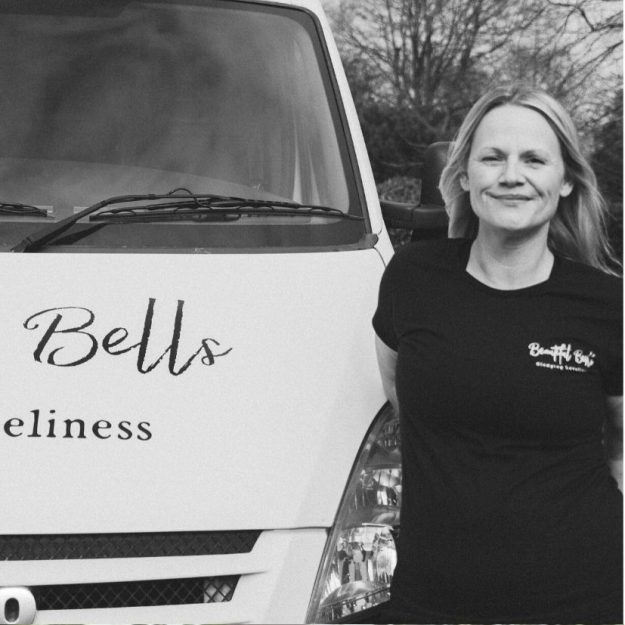 Katrina is the owner and founder of Beautiful Bells. What started off as buying a new bell tent to camp in, soon became a business specialising in bell tent hire for weddings, hen parties and events.

She trained in interior design many years ago, so is chiefly in charge of all stock purchases and tent interiors.

Before canvas life took over (everything!) she worked as a small business advisor for a bank.  It meant she swapped her suit for shorts, flip flops and muddy knees.

The speed she can cover a duvet is probably worthy of the Guinness Book of Records.

Lover of a list, twinkly lights and onions. When not tenting she is most likely to be found reading a book, complaining about having to cook, weaving or macrame or planning some bonkers travel adventure.

Katrina’s other half – they met when he taught her to drive about 20 years ago.

Steve is the troubleshooter on and off site, and when Katrina comes up with a (mad) idea, he’s the one who has to turn it into something workable.

Any crew out in the van with Steve are likely to get a lesson in local history or nature as his brain is renowned for the amount of information it can hold!

In his spare time, when he’s not working on our vans, he can be found rebuilding motor scooters or looking after his bees.

If you phone the office or send an email, you’ll likely hear from George first. Especially mid season when she is the unsung hero behind the scenes for keeping everything organised.

She joined Team Bells in 2017 to ease some of the admin load and she’s still with us – just!

When we say ‘just’ we mean the weekly sibling dispute over the fate of the office spider always causes some healthy debate! George is Katrina’s sister and anti spiders!

Before then she’d worked on and off helping out with the mountain of bunting every winter. Suffice to day it’s still her least favourite job!

The chances of seeing George on site are slim. Her first 2 outings involved snow, which has kind of put her off.

When not at work George will be found cooking. Or baking up an entire afternoon tea without breaking a sweat. She’s even been known to leave hot meals ready for the team getting back after a really long day.

She is also ridiculously talented at drawing.

A summer of working with the now departed Chloe (Australia not heaven!) soon put pay to that and now we can’t shut him up!

Self professed ‘King of the unit’, Oscar makes lifting and erecting tents look effortless. He gives 110% every time he comes to work and started our team mantra: ‘Go ham or go home’. We go ham.

If Tesco ever stop the £3 meal deal, Oscar will starve at work. The uproar when they reduced the size of Hula Hoops bags mid summer 2019 was enough to send him into a tizz for weeks!

He’s kept the team amused over the years with tales of ‘Big Daddy’ his stick insect and he’s recruited his various brothers over the years to work on the team too! Oscar’s brother Ralph is now a regular out on site.

His sense of direction when the team are out on the road is almost unnatural. 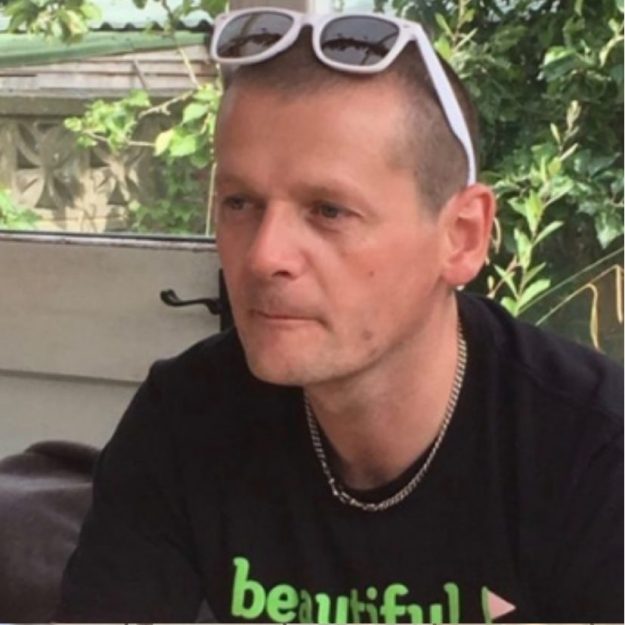 Affectionately known as our staff morale officer for his ability to have the entire crew in fits of laughter in no time. Mostly with an array of horrendous stories, most from his years of serving in the Navy!

Jon is George’s other half –  and Katrina’s brother in law. We told you we were family team!

Jon has been with us since the very first season and loves a day’s tenting out in the sunshine.

He’s also got the whitest legs you have ever seen. So white, you’ll need shades.

Just don’t mention the day 3 years ago when he tied an entire village of bunting without slip knots. Which would be forgivable had he not been in the NAVY for years!!

He’s another lover of nature and twitcher. When a Barn Owl flew in front of the van last year you could hear his excitement… 3 vans back…

He’s another lover of camping and has a long history of camping with scouts, youth groups and he’s done the Duke of Edinburgh Awards.

Nick is our resident ‘strong man’ and we’re pretty sure he could bench press one of the big vans without even breaking a sweat!

He can lift a 7m bell tent singlehanded WITH the poles wrapped up inside!

Nick now works full time at Griffin Designs (who do all our van livery), with his mum Karen, but we get to borrow him on the days we need our full A team!

This website uses cookies to improve your experience while you navigate through the website. Out of these, the cookies that are categorized as necessary are stored on your browser as they are essential for the working of basic functionalities of the website. We also use third-party cookies that help us analyze and understand how you use this website. These cookies will be stored in your browser only with your consent. You also have the option to opt-out of these cookies. But opting out of some of these cookies may affect your browsing experience.
Necessary Always Enabled
Necessary cookies are absolutely essential for the website to function properly. This category only includes cookies that ensures basic functionalities and security features of the website. These cookies do not store any personal information.
Non-necessary
Any cookies that may not be particularly necessary for the website to function and is used specifically to collect user personal data via analytics, ads, other embedded contents are termed as non-necessary cookies. It is mandatory to procure user consent prior to running these cookies on your website.
SAVE & ACCEPT